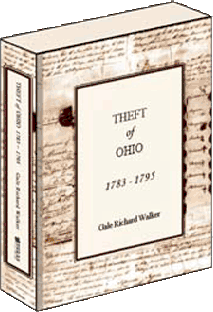 A factually based, uncompromising, unprecedented, well-documented indictment of the U.S. theft of Ohio in the era from 1783 to 1795, as viewed from four separate perspectives in their own words: the U.S. government, eastern woodland Indians, frontier settlers, and British officials in Canada — that is, from the Treaty of Fort Stanwix in 1784 at Rome, New York, to the Treaty of Greeneville in 1795 at Greenville, Ohio. All of which pivoted on the two Treaties of Fort Harmar of 1788-89.